In 2022, we were the recipient of a Planetary Society NEO grant, which allowed us to purchase 2 new ZWO6200MM CMOS cameras. We also received 2 hyperstar correctors from Starizona which allowed us to put 2 C14 on the sky. We now run routinely with 4 telescopes : 2 Celestron RASA 11 and 2 Celestron 14 Hyperstar. All using ZWO 6200MM cameras. In this post pandemic time, this has really been a very great help.

The last semester has mostly been a time of software modifications in order to be able to use more cameras. Florian Signoret, computer scientist, member of the GAPRA astronomy club in southern France (like Georges Attard, and Alain Maury is honorary president) has joined our team. He has made major changes in the acquisition software, using a task server, which allows a master PC to control many more slave PCs, and allowing more tolerances to eventual crashes. He has also written some software in order to start the survey alone, put in action a new search strategy, and is working on an automatic backup system, guarding raw data for a week then sending it to be stored on a temporary backup hard disk. The next work will be to use a database program in order to keep track of the fields taken during the survey.

During 2022 we have observed 239 nights. A total of 516 nights since the acquisition software was able to keep a log file of every observed night.

Blue is an observed night, grey is no observations, mostly during the full moon nights.

The C14s have proven to be less efficient than the RASA telescopes, longer focal length, so smaller field, more vignetting in the corners and images not as sharp as the RASA. Only 5 NEOs were discovered with the 2 C14 telescopes, out of 69 (but they were used only during the second half of the year, and in lower declinations in the sky, still the gain in diameter is not showing in fainter magnitudes or more discoveries).

We are currently conducting the last tests on a 50cm F/4 telescope which will be our new confirmation telescope, replacing the 40cm which we currently use. 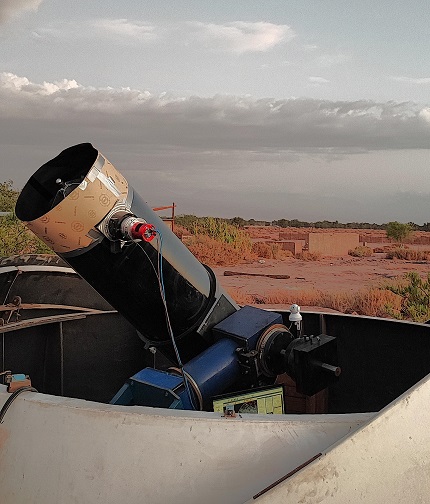 The telescope is equipped temporarily with a cardboard light shield. Soon the mirror will be replaced by a shorter one (F/3.5) and this will go away. The mount is a french VMA300 equatorial mount.

The next work will be to put the last 2 RASA into service now that the acquisition software is adapted to this configuration.

We are seeking some financing in order to put 4 more RASA telescopes into service, with this we could quadruple our current production ( we are talking about 20000 US$).

By order of MPC site (MPC site, number of NEOs discovered in 2022, name of the program): 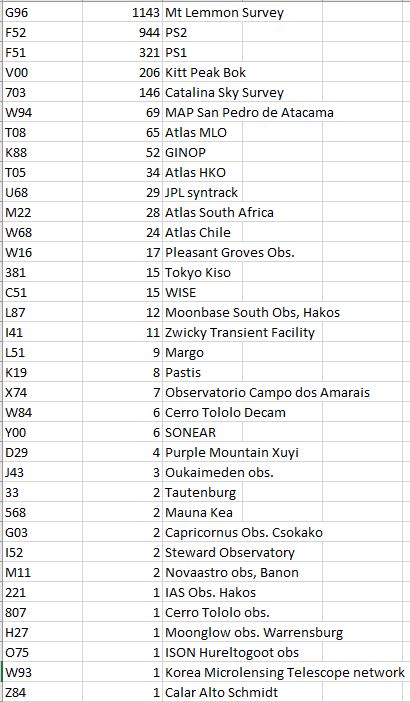 By program (i.e. Atlas uses 4 telescopes around the world, Catalina 4 also in 3 different observatories, etc… I also added the number of NEOs discovered in 2021 in the first column. 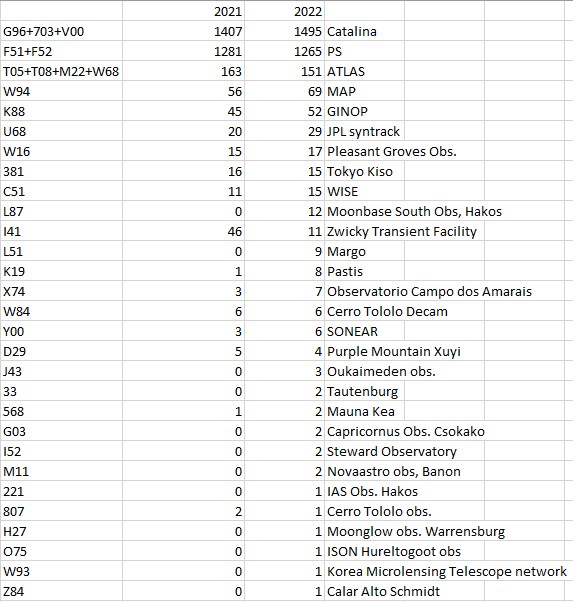 MAP stays the 4th most succesful asteroid discovery program in the world, after the 3 NASA financed programs. 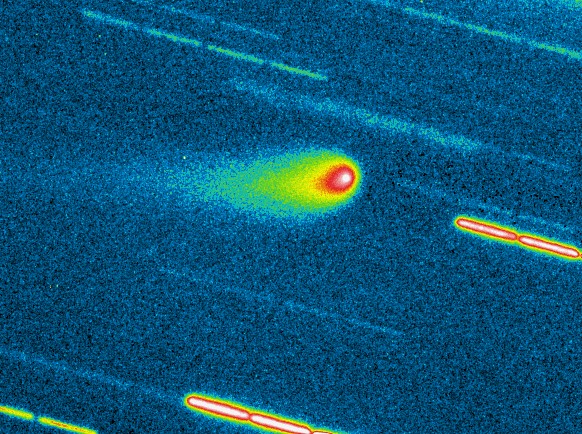 A great thank you to all who have contributed to our success, from the people who helped put all this into service, to all the observers who are following up our discoveries (too many to list here, but they know who they are).

Tweet
Who am I?How to polar align in the southern hemisphereHow he believed he killed Pluto alone, and why it had it coming.Is wild capitalism the best humanity has to offer to the Solar System ? (updated May 30th 2020)NEA stats 2018De la catastérisation à la catastéroïdation...Starlink = Star kill ?La grande conjonction du 21 décembre 2020Pluto festival of disinformationMAPAstrophotos2021 X1Don't look upMAP 2022RechercheCCDPhotographieImages du cielTextesInstruments